That makes me sound like I’m a furious masturbater! 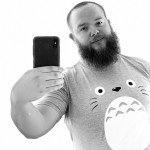 I decided to get myself back to using Flickr today, I used to be a prolific flickerer…hang on, that makes me sound like I’m a furious masturbater…not that I’m not…well, I wouldn’t say furious, now I sound like I’m an angry wanker…I’m making this worse by continuing this stream of consciousness in words that people will actually read – stop!

What I was saying was, I’ve decided to start using Flickr again, I used to use Flickr a lot back in the day (2005 – 2016) but then with all of the changes and such, I stopped uploading and then when Flickr started removing photos from accounts with 1,000+ photos unless they were Pro accounts, I decided to remove all of my previously uploaded stuff and I stopped using it.

In 2020, I decided to try out 500px but I found it really convoluted and they also shut off access to most of their API things which meant that I couldn’t use certain automation things like I had wanted to, so after a year (paid) I stopped using 500px and just started to accumulate photos that I’d taken, with nowhere for them to actually go, after discovering that Flickr has actually fixed long term issues with their uploading functionality, I decided to stump up a monthly payment and give Flickr one last chance and so far, things are uploading, I’m sharing a few photos and I’m looking forward to adding more as I go – I really enjoy photography and not being able to find a proper outlet for that had been bugging me for years – please check out my Flickr if you want to see what I capture, I’ve only added a few things at the time of writing this but I’ll be added more over the week.

I feel like if this reignites my photography enjoyment then I might actually make an effort to take my camera out for little day trips to capture the world around me!

The Song About Nothing In Particular (feat. TDYLN)